Our distributed architecture is built in a flat topology in which all Brains are hierarchically equal. Unlike legacy architectures, in which a single master control processor controls several slave units, our Brains are stand-alone. Data is communicated between Brains automatically, eliminating the need to program a dedicated path.

Manager
‍Defines the project content and scope — such as building layout, floors and rooms — as well as remote  control 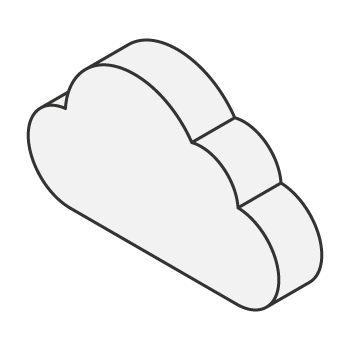 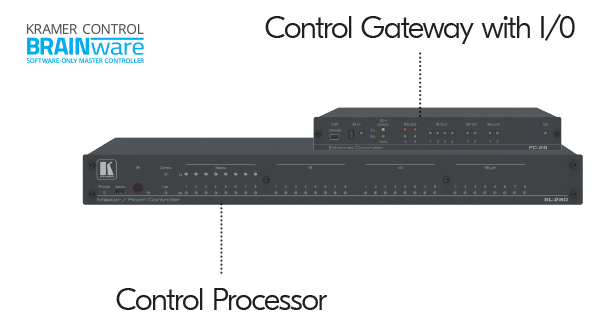 Upon installation, all brains can automatically discover each other and are immediately aware of the connections between all the devices in each space.  The best part is that the brains communicate independently to share information and resources.

No Single Point of Failure

Kramer's non-hierarchical, distributed architecture of stand-alone Brains ensures that system operations will remain up and running in case of a failure in any unit.

Kramer Control leverages existing IP network infrastructure, allowing you to scale up at will without needing to deploy a parallel network or to invest in new equipment, such as switches and routers.

Always Up To Date and Interoperable

With Kramer Control the days of  tedious updates and device software upgrades are over. All Kramer components are automatically and seamlessly updated from the cloud.

Kramer’s cloud architecture frees you from the rigidness of on-premise programming. Set up your control system from anywhere in the world without the need to be physically onsite. Start, stop and resume later from somewhere else, making control setup and configuration a borderless experience.

Get your workplace Beyond The Box